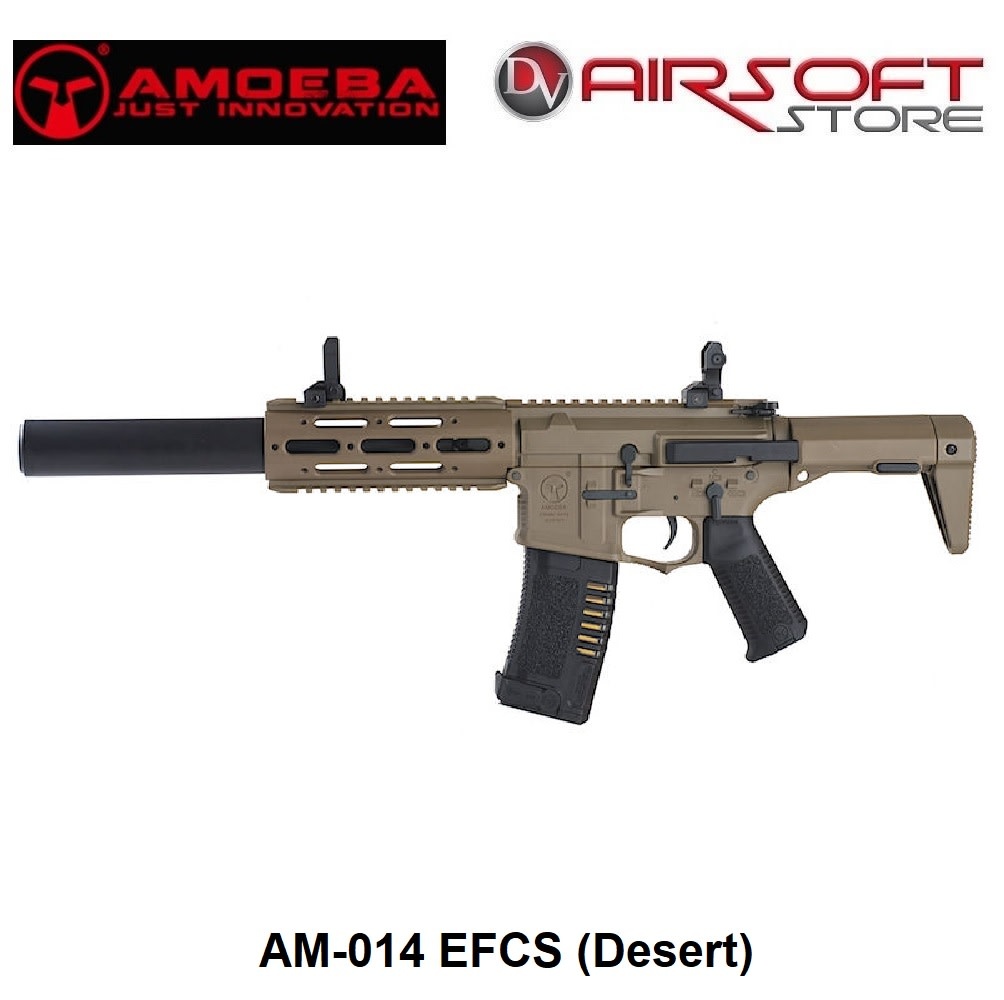 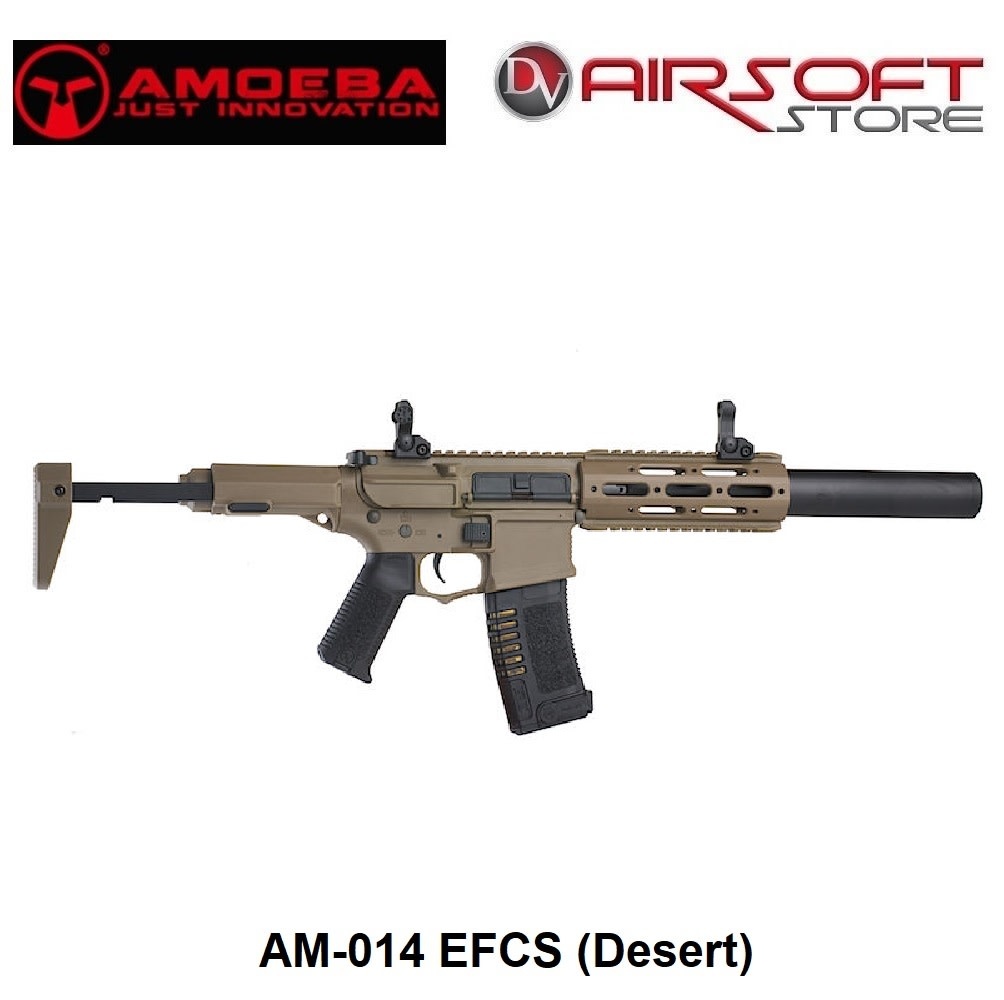 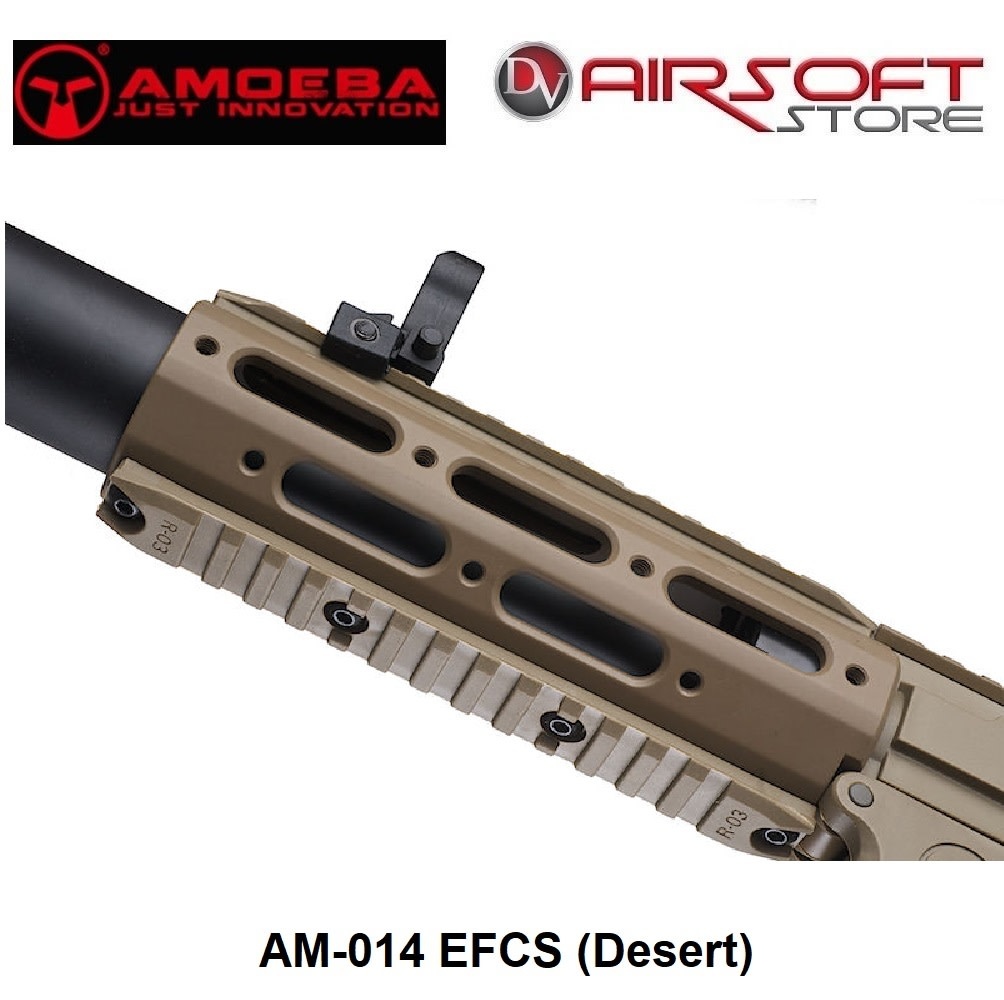 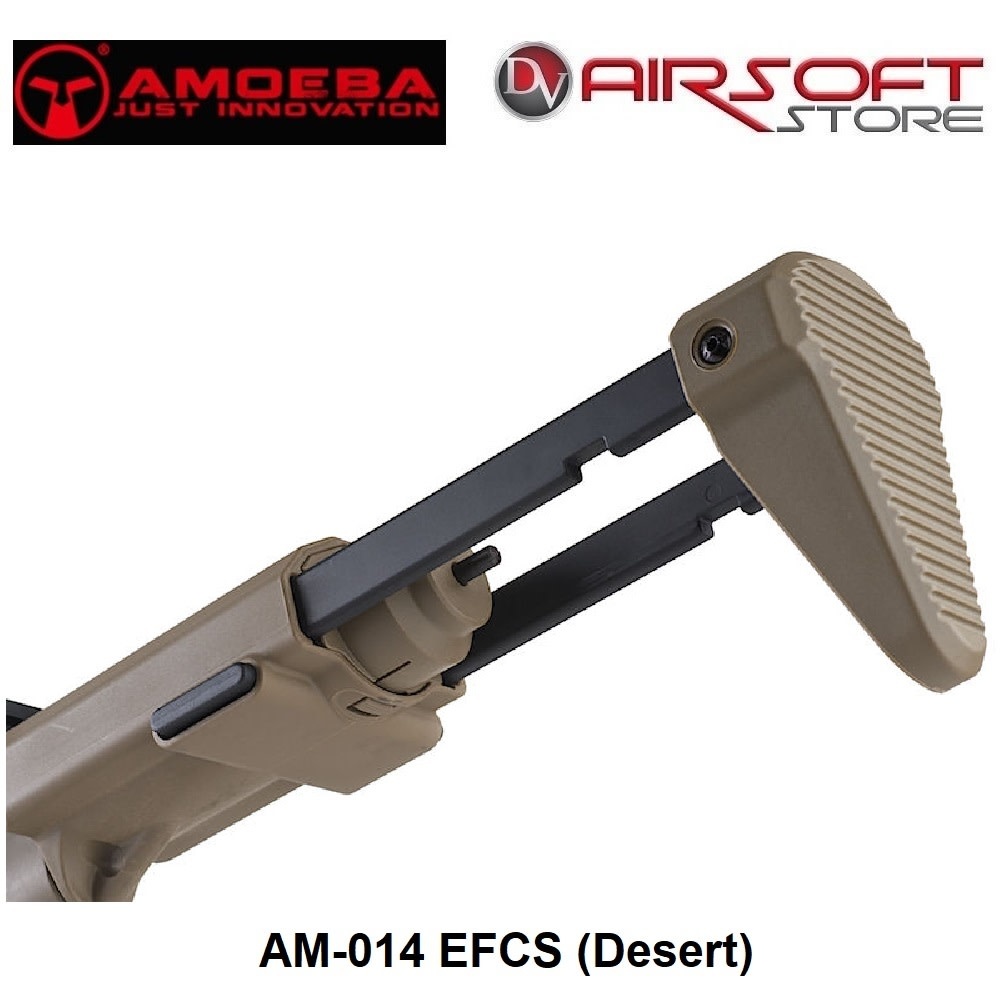 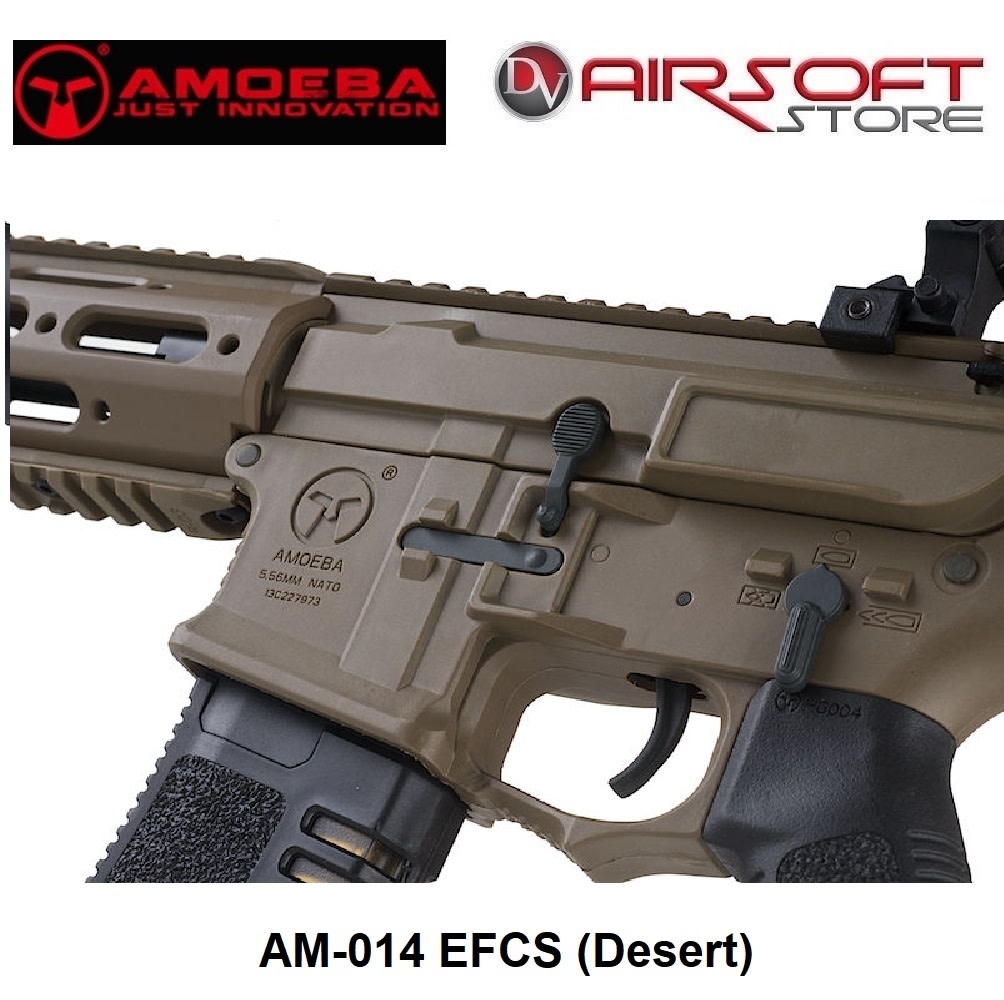 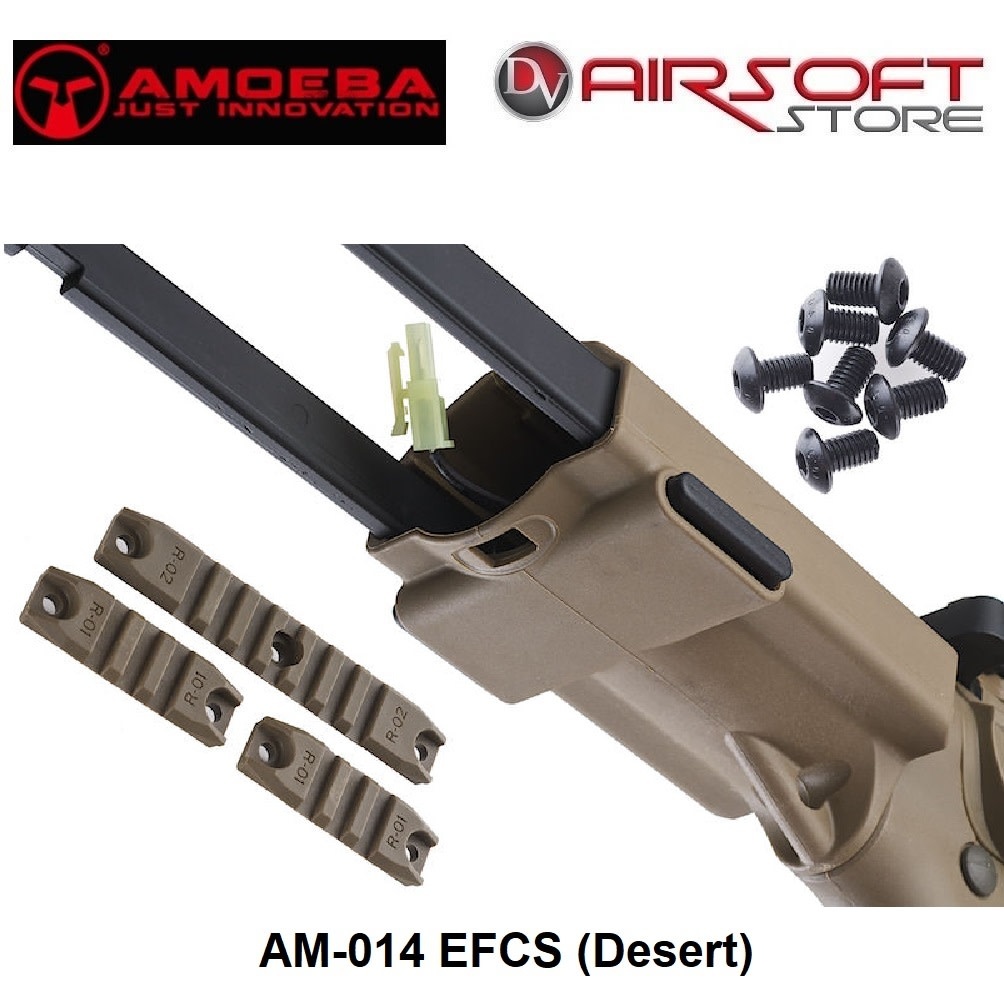 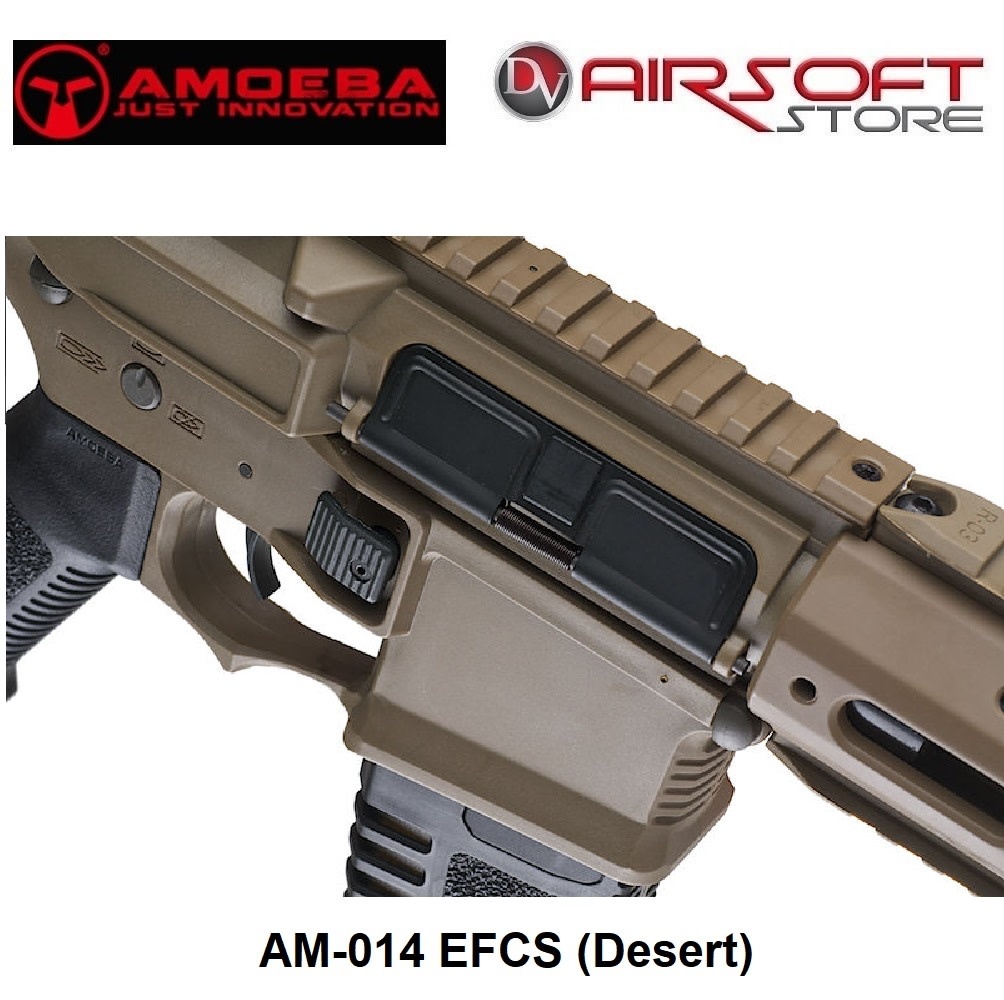 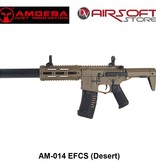 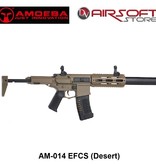 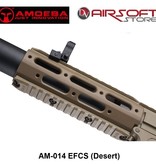 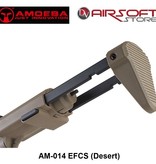 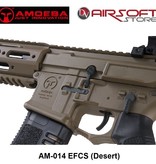 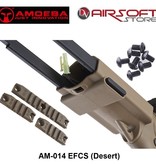 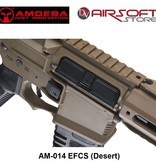 AAC Honey Badger PDW is an CAR-15 based assault rifle / PDW in caliber .300 AAC Blackout produced by Advanced Armament Corporation, a subsidiary of Freedom Group. The weapon is named after the honey badger.

Both the rifle and the caliber used were developed in close cooperation with American special operations units to create a suitable and effective replacement for the HK MP5 and similar CQB weapon systems. The rifle is designed to be very convenient for military use where the CAR-15 platform is issued and in common use, since many similarities would exist in the fire controls, weapon manipulation, and magazines.

Finally, the airsoft version has arrived. A lot of people have gone and customized their own version but ARES are the only company that have listened and set off to design the AM-014 which closely resembled the AAC Honey Badger PDW.

It fits in with their Amoeba line as their receiver hasn't changed but they've managed to add the stylish HB extendable stock, a free float hand guard and a mock suppressor protruding out the front. The hand guard is a little shorter suitable for those who prefers the gun length shorter.

It works with the ARES / Amoeba Electronic Gearbox Programmer for ARES Electronic Firing Control System Gearbox so you can set your AEG to burst fire if you prefer. The trigger response is excellent and works best with a 7.4v PEQ battery which is stored in a small compartment of the stock. It's a little fidgety, but it fits perfectly so you don't get any rattling.