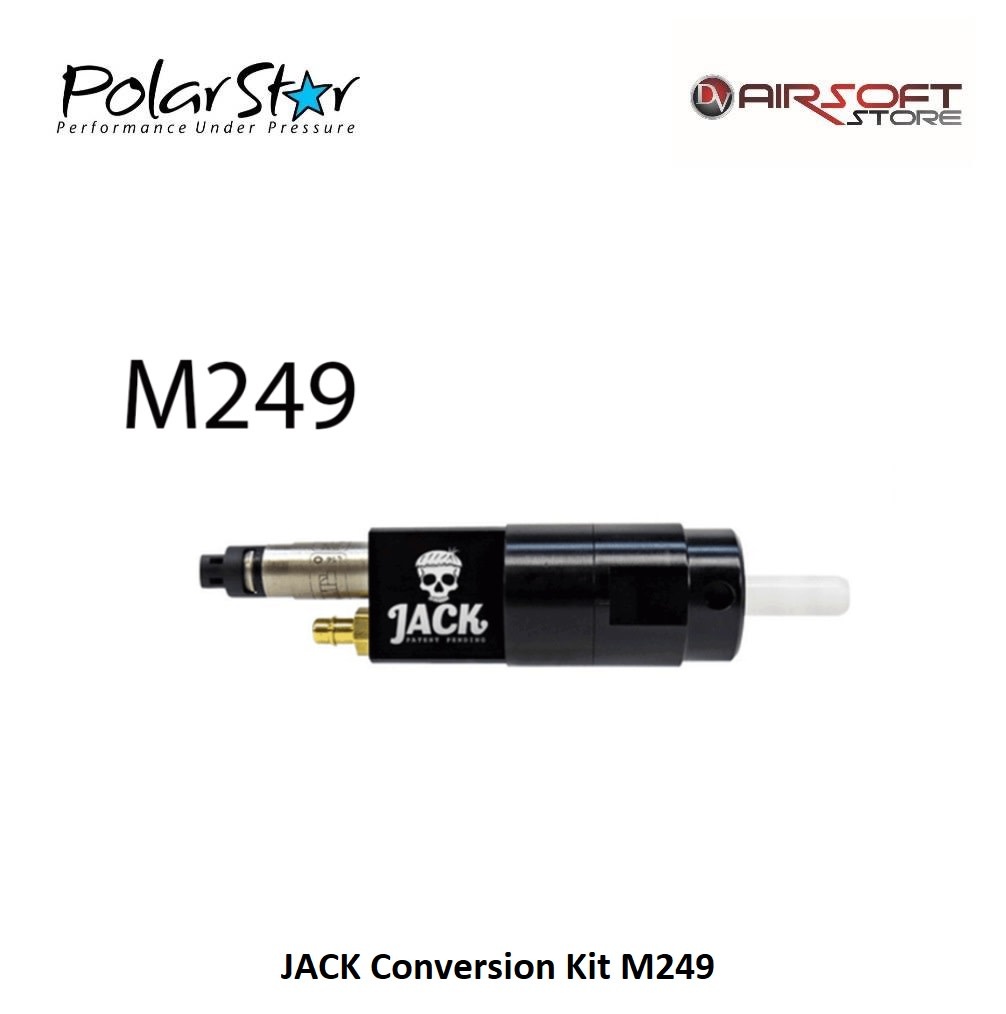 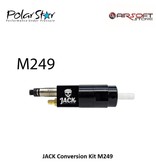 The JACK™ system was designed to answer the demand for an affordable, high performance HPA (High Pressure Air) conversion for AEG's. The system is a drop-in cylinder replacement that is universally compatible with a wide range of gearbox versions that have center-line nozzles. Similar to its sister product, the F1, it replaces the original gearbox components with a programmable pneumatic system allowing for higher performance and greater reliability over a gear driven system. Although economically priced, JACK™ still retains the same performance and quality you have come to expect from PolarStar products. JACK™ has only 1 moving part, the nozzle, which acts as its own poppet valve which is piloted by the solenoid. With the exception of the poppet being integral to the nozzle, the valve is similar to the poppet valve used in the previously released Fusion Engine™ and is what gives JACK™ its signature muzzle report. The system itself only has 6 parts and can be completely disassembled by hand in a matter of seconds so the system is very reliable and easy to maintain.  Just like all other PolarStar HPA conversions, JACK™ also allows for easy velocity adjustment. Using a standard M4 as an example, velocity can be adjusted from below 280fps and up to approximately 500fps with a .20g BB. This can be done simply by adjusting input pressure and poppet dwell to fine tune your rifles velocity in increments of just a few FPS at a time. Maximum velocity potential of the system will vary depending upon the barrels length and tightness of the bore. Longer and tighter barrels will yield a higher velocity while shorter or wider barrels will be yield a lower velocity.

Installation: JACK™ will be installed into the shell of your M249 AEG gearbox. The only internal parts which you need to retain from your gearbox is the screws which secure the micro switch to the gearbox shell. The air line will be able to exit the body in multiple different areas depending on the exact model. A small hole will need to be drilled in the body for the air line to exit in most cases.

*Compatibility: The M249 kit is compatible with both M249 and MK46 models manufactured by Classic Army, ECHO1 and A&K.